Choosing and training a dog to show

In 2015 my partner and I decided we would like another dog to join our 2 Border Collies.  I thought very hard about having another collie but thought that after many years of completing in Obedience and Agility I would like to have a go at Showing. I looked at many different breeds and decided that a Japanese Spitz would fit in very well with our collies, the Japanese Spitz have exceptional good temperament and not being a  very large size would be ideal for us they are also very versatile and some complete in Obedience and Agility.

I wanted to find a good breeder so my first port of call was looking at the Kennel Club Assured breeders list. Also as we go to Crufts every year as a spectator to watch Agility, displays and of course shop, we went to discovery dogs and met a  really nice couple with there Japanese Spitz dogs.  After a very long and informative chat they gave us the name of Mrs Debbie Prout, who was on the the Approved Kennel Club Assured Breeder list.

We contacted  Mrs Prout and arranged to meet her and her Husband later that month.  She introduced us to some of her dogs, they were all so very friendly and wanted a cuddle.  Debbie was very informative about the breed, and could answer any questions we had. She then asked us various questioned like why we wanted one of her puppies and why I wanted to show him. She was very concerned that he would be a pet whatever come of his show career. I appreciated that all the questions from Debbie and Mark as they wanted to confirm that we were suitable to have one of her puppies.

I assured her that although I hoped to show him the first and foremost reason was to have him as a pet. Whatever he did in the show ring was a bonus.

We had hoped to have him by Christmas 2016 but like a lots of things in life does go to plan.  But at the end of May 2017 with great delight we collected Drift from her. We left with a dog bed , food, toys and information sheets.  Also with the knowledge that we could contact her at any time for advice or just a chat. Since then Debbie has now became a good friend and is always ready to help and give advice on showing him. 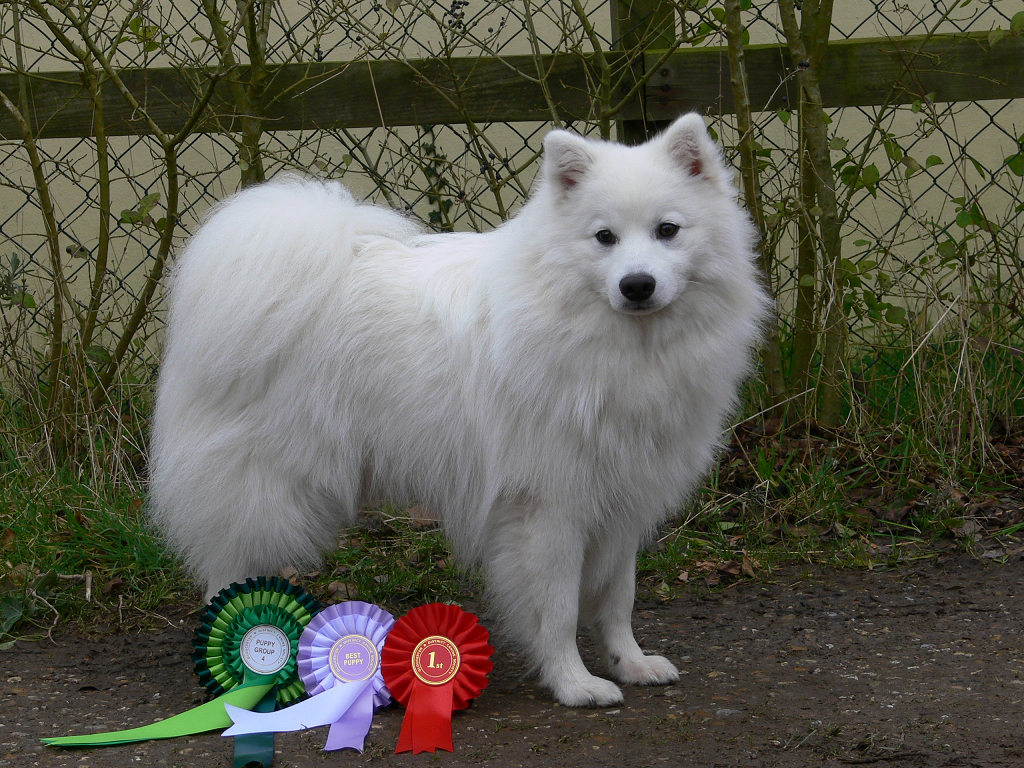 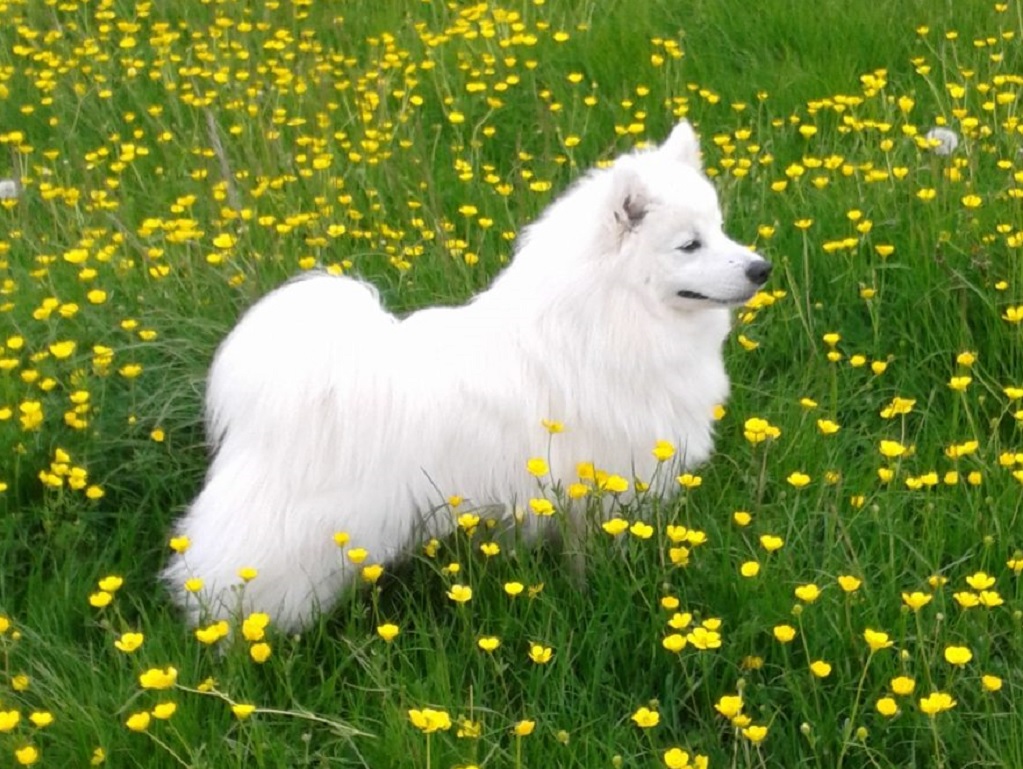 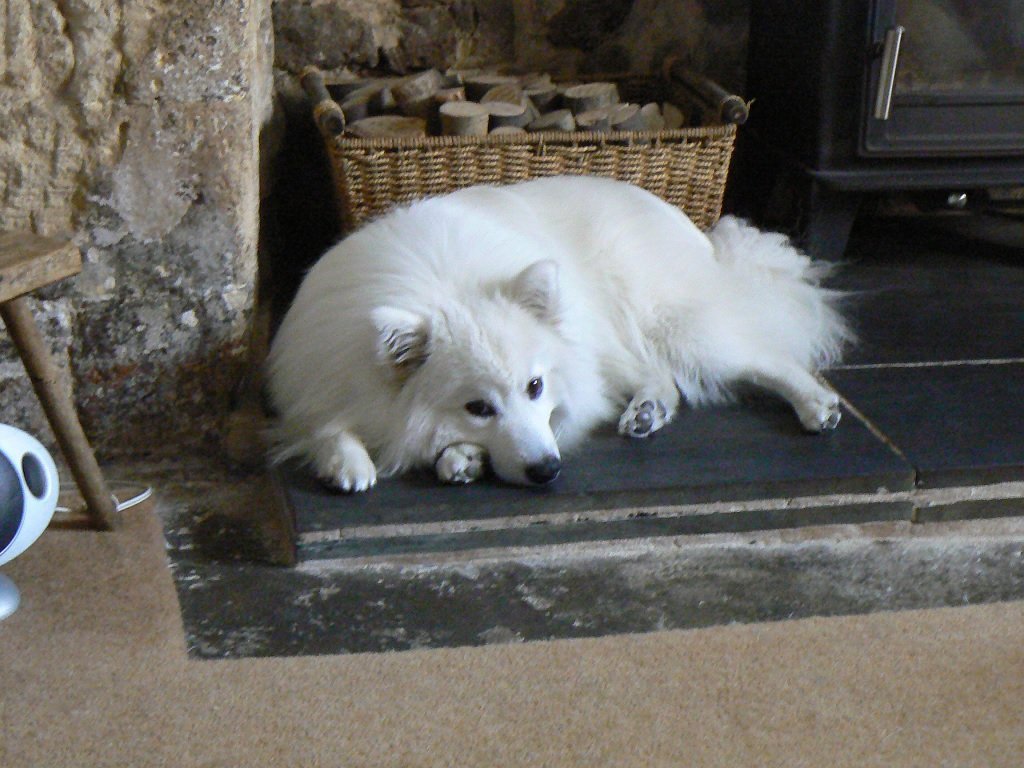 Once  Drift had his vaccinations I enrolled him on a 6 week Puppy School Classes which I done  previously with my Border Collies. I then joined Chippenham and District Canine Society at there weekly Ringcraft lessons.

I became a committee member in January 2018 and very much enjoy helping at our club and at the 3 shows which are organised every year. By being on the committee you feel like you are giving something back to the club.

When you first  start showing it can seem like you are always spending money on various items, like all the brushes, combs and shampoos ect. I just started with just the essentials and as time went by brought more items. The one very expensive items you will need is a cage and trolley, as I was not sure if I would enjoy showing and more to the point that Drift would enjoy the experience and be of the correct type for his breed. I was lucky enough that Ian could make a trolley base to fit the cage we already had.  Otherwise there are many second hand trolley, cages, grooming tables you can purchase. If at a later date you do decided to continue you can of course up grade to the newer models, especially if you then decide to get another dog which quite often happens.

Drift's first show was on 17th September  2017 and he came 2nd in this class.  I was so proud of him.  He then got a 3rd place in the Japanese Spitz Club championship show which qualified  for Crufts.

By Christmas of that year he had won 2 Puppy classes at our Club matches and qualified again for Crufts at British Utility Breeds Association show in December.  In February 2018 at the Gloucester and District Canine Society show he won best puppy in breed and gained Group 4 in Utility group.

We went to Crufts on 10th March 2018 I was very excited  but nervous as I had never exhibited there before.  We arrived before 7.30am and found our bench and settled in. It is so different being a exhibitor than a spectator, the atmosphere is electrifying and I could not have imaged it was going to feel like it did. Drift took all of this in his stride and was not bothered by any different sounds of smells and just wanted to say hello to everyone.

Debbie my breeder was there to give me her support and guidance and we had to wait until  12.30pm before it was our turn to go in the ring although we were only in there for about 10 minutes it seemed  a lot longer. When we were placed 4th in his class I could not believe it and  was so proud of him as I did not expect him to do well as I thought with all the very good other dogs he would not have been placed.. The rest of the day just passed so quickly with  a lot of the general public coming around the benches and giving such lovely comments about him and the other dogs.

Below are some of our wins and places at shows.

I would advise anyone who is thinking of completing at Dog Shows to come along to our Ringcraft lesson as the instructors either complete or have completed at shows and are very knowledgeable about what is expected in the show ring.  Everyone is welcome what breed of dog you have.