Briar was bred locally by Sally Parker and had all her early training at Chippenham and District CS. Sally was always indebted to Dai Waite for all the help and advice he gave on how to get the very best out of her in the show ring.

She still enjoys life to the full at nearly 13 years old. 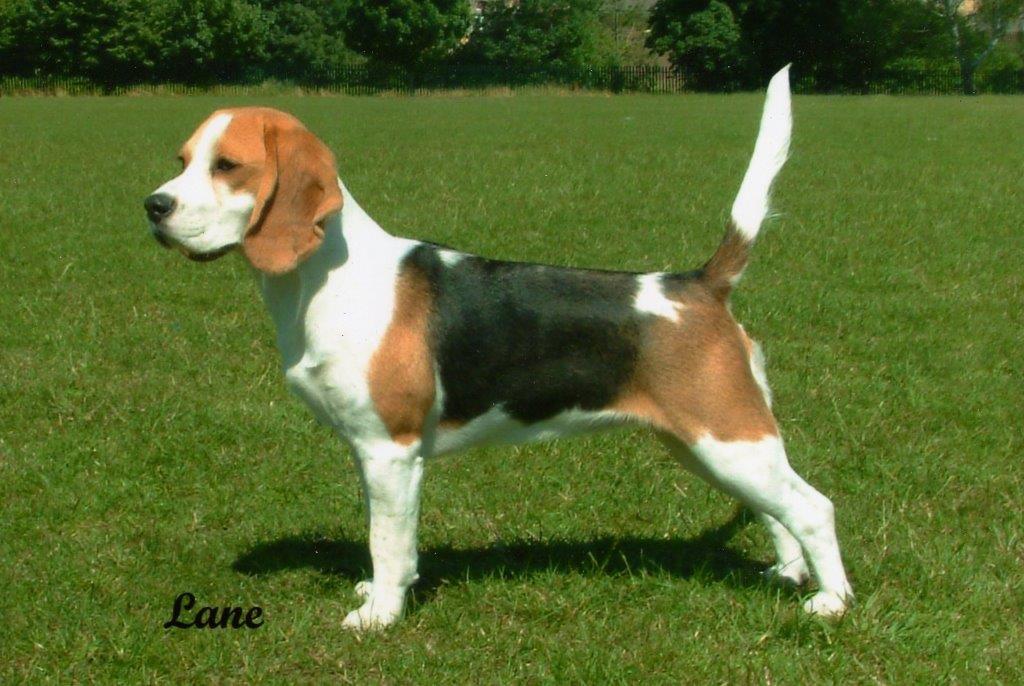 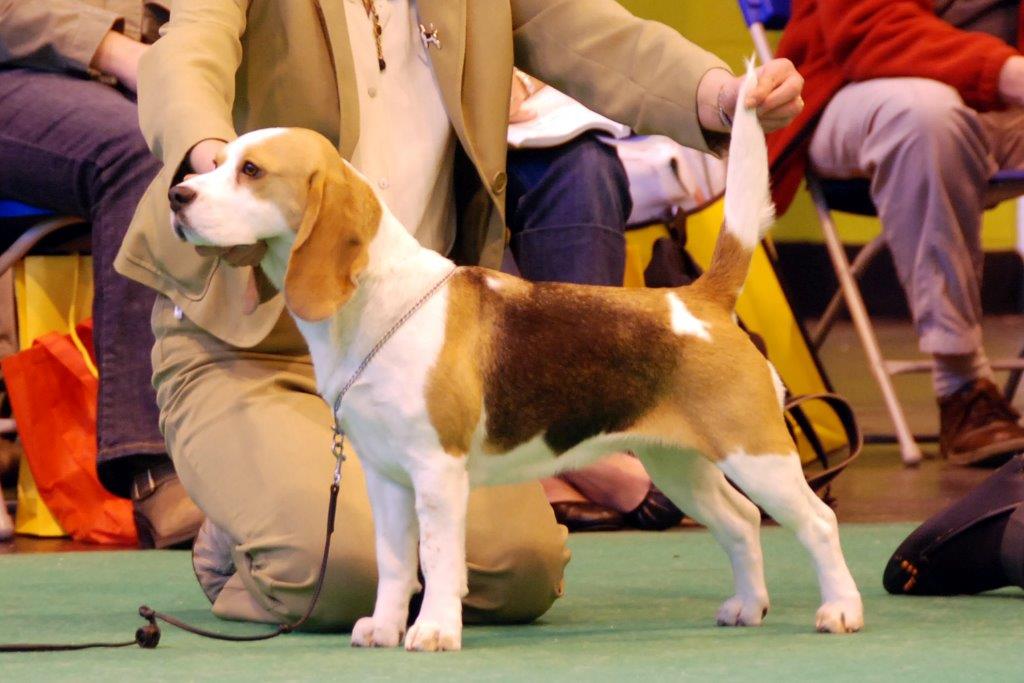 awarded by three different judges at Championship Shows: at least one must be awarded when over 12 months old.

CC = Challenge Certificate: Two CCs are on offer at  Championship Show s: one for the Best male dog, one for the Bitch.  This means the dog in question has firstly won its class (which may have 20+ exhibits) and have then challenged all unbeaten winners of the other classes for its gender (usually 7 but may be as many as 11) and won.

RCC = Reserve Challenge Certificate awarded to the second Best of gender.  This dog may have stood 2nd to the CC winner in its original class or will have won a different class.

BOB = Best of Breed.  This is a challenge between the winner of the DCC (Dog CC) and the BCC (Bitch CC).  The BOB winner then goes forward to the Group for its type – in the case of beagles, the Hound Group.

To win 20 CCs like Briar is a real achievement, particularly in a numerically strong breed.